The Burden of Leadership

With so much content out there about Leadership and building your empire I am pulled to think about some of the not so sexy parts of Leadership.

While leading is profoundly rewarding it is not achieved without sacrifice. My transitions from installing plumber to foreman to superintendent etc. left a wake of connection behind. No longer was I able to be "one of the guys", as hard as I tried to compartmentalize, it became clear that my homies were not worried about compartmentalizing. My deployment of corrective actions was a betrayal to them, they felt like "I forgot where I came from".

I now understand this is part of the deal but at first I took it personally. As my career progressed and my responsibility grew I found myself with fewer people that I could relate aka complain to. Often the responsibility leaders are charged with requires emotionally difficult decisions such as terminating folks. That is never a fun thing to do, you know that you are now the anchor point for that persons worst day in a long time, and for the benefit of the entire team the action must be taken so we grin and bear it.

So to all my leaders out there, build yourself an Advisory Council. A group of individuals that exhibit the thinking and the character you aspire to. Confide in them, you need an outlet.

You are not alone. 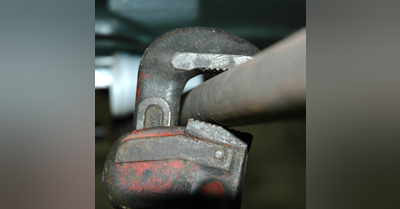 Yes I am a Trades Advocate, but why?

My perspective on the College versus Trades conversation.

When are we Influencing Others?

A though on seeking and receiving positive feedback.

Email has been submitted.